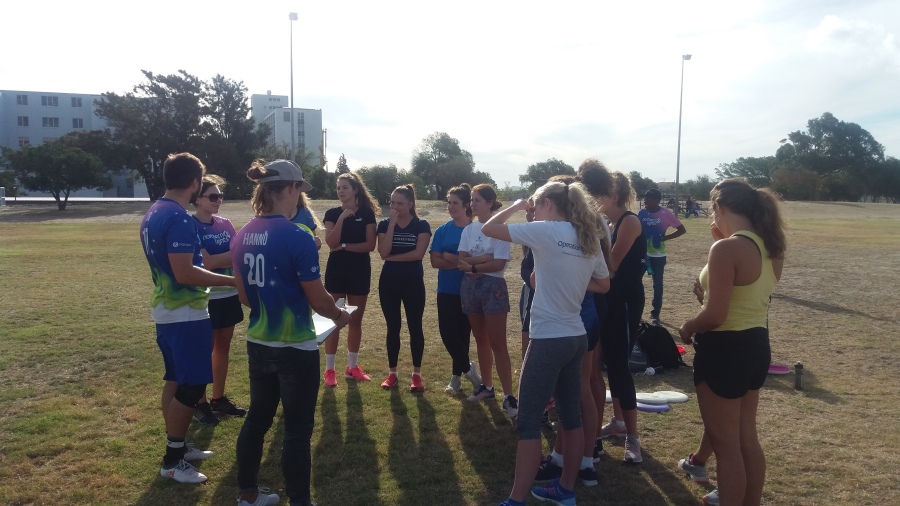 A week before we got a request from one of Tygerberg’s sports reps to help with facilitating some ultimate frisbee matches on campus between the Tygerberg residences. We were keen to showcase ultimate more broadly and agreed almost immediately. We had a short discussion on Sunday about how the day would work and then we were there on Wednesday.

We ended up facilitating 2 matches of ladies teams simultaneously with Huis Francie facing off against Kerkenberg on the one field while Hippokrates and Meerenhof faced off on the other. There were a number of events happening on the day with toutrek happening before ultimate. As the ladies completed toutrek they came across to the ultimate field and we provided a short run-down of the rules including the importance of the Spirit of the Game to ultimate.

After the rules were explained to each of the four competing residences, we provided some them a bit of throwing practice and coaching before matches began. 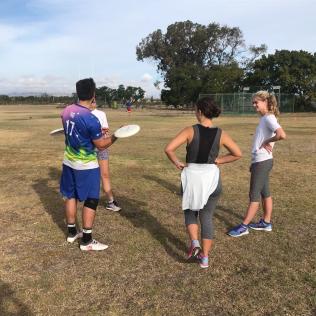 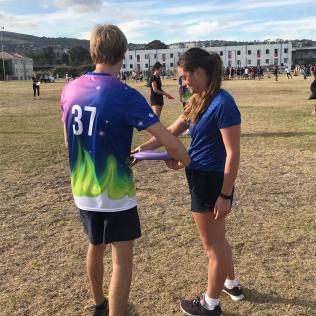 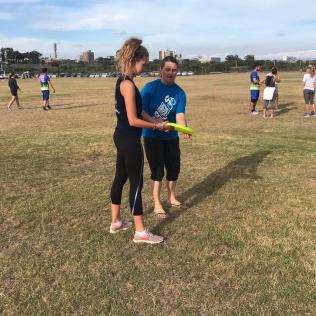 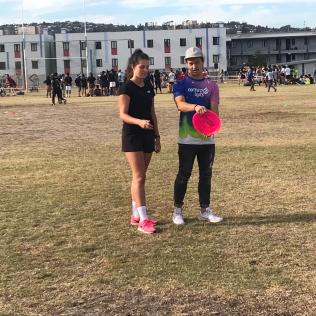 The matches were very spirited and the ladies’ netball experience came through strongly with some points looking very similar to netball movements with the strong winds allowing some great high releases. 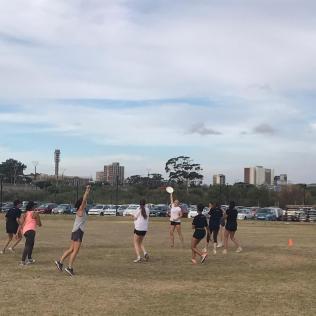 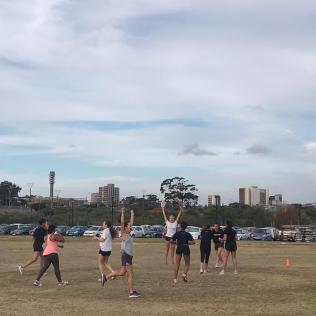 With the number of players unfamiliar with the rules (everyone) we had some observers for the games that also provided some support and suggestions between points. 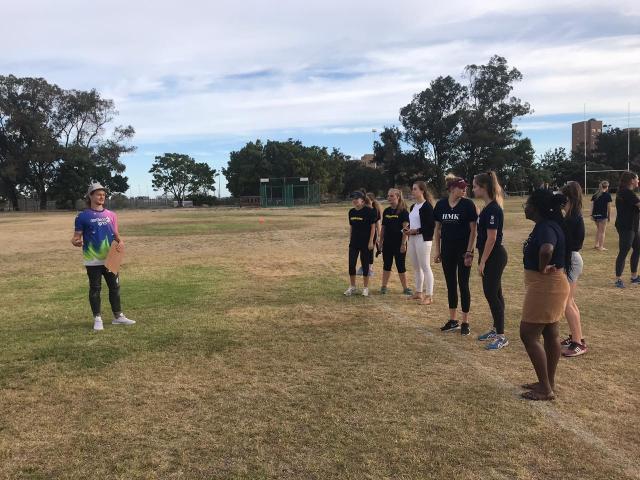 Post-game we had a short spirit circle with juice boxes, explaining how spirit circles work during matches. We also explained that we have pickup on campus and hope to see some more ladies join us soon. 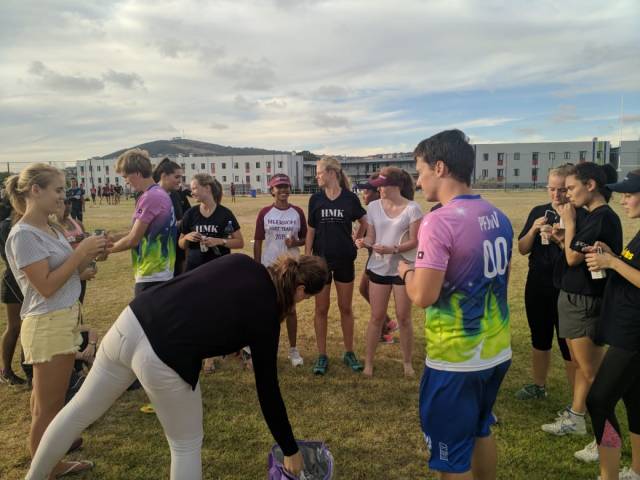